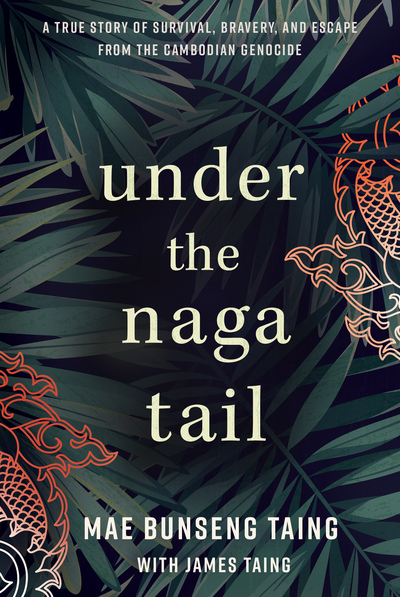 Under the Naga Tail

A True Story of Survival, Bravery, and Escape from the Cambodian Genocide

A courageous and poignant memoir of one young man’s daring escape from Cambodia’s genocidal regime.

Forced from his home by the Khmer Rouge, teenager Mae Taing struggles to endure years of backbreaking work, constant starvation, and ruthless cruelty from his captors—supposed freedom fighters who turned against their own people. Mae risks torture and death to escape into the dark tropical jungles, trekking across a relentless wilderness crawling with soldiers.

When Mae is able to overcome unthinkable odds in the hopes of reuniting with his family, fate takes a cruel turn as he flees war-torn Cambodia. He becomes trapped as a refugee with thousands of others on the ancient temple mountain, Preah Vihear, a place surrounded by countless deadly landmines. Caught up in the terror once more, it is only his willpower to survive and dreams of a better country that gives Mae the strength to face the dangers ahead.

This gripping and inspiring memoir, written with Mae’s son, James, is not merely an incredible story of survival, but a testament to the human spirit’s capacity in us all to endure and prevail in spite of great adversity. Under the Naga Tail will find its place among the most epic true stories of personal triumph.

Mae Bunseng Taing is a survivor of the Khmer Rouge genocide in Cambodia. His story and that of his family inspired the documentary Ghost Mountain, released in 2019 and directed by his son, James, and Virginia Dean. Mae Bunseng lives in Connecticut with his wife, where they raised their children and where he has run a full-time home painting business for more than thirty years. This is his first book.

James Taing is the son of Mae Bunseng. Over a decade ago, he began interviewing refugees before codirecting the HAAPI Film Festival award-winning documentary Ghost Mountain. He is the founder of the Preah Vihear Foundation, a nonprofit that advocates for preserving the history of refugee rescue in Cambodia and the greater French Indochina region in the 1970s. He also works in risk and finance in the metro New York area. 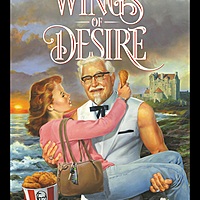 This is a beautifully written memoir with first hand account of the Cambodian genocide. I first...

The killing fields on paper

Nagas are multi-headed dragons that live underground and occasionally interfere with humans when...

One thing I liked about this book is how it's written. It's not written like a documentary, it's...

The cover of Under the Naga Trail is beautiful, dark and tropical. The Taing's memoir sounds like...

Very moving tale of genocide, and its implications for all ~

Mae Taing grew up in Cambodia in a loving Chinese family who owned a business that was thriving. ...

This sounds like an intense true story! Lots of ups and downs for this guy. I think this would be...