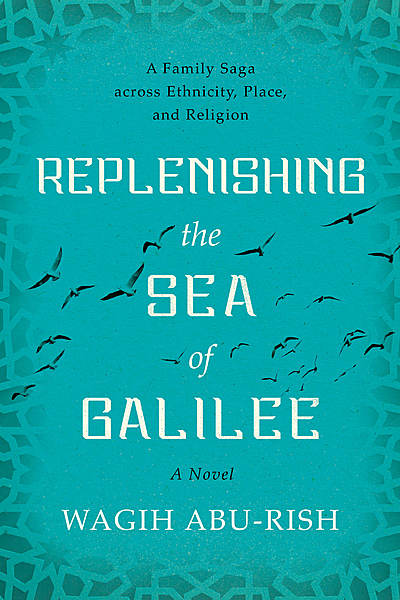 A Boundless Tale of Love

Replenishing the Sea of Galilee

Replenishing the Sea of Galilee is a sweeping story of love, loss and the power of loyalty in the face of conflicting ideologies and religious beliefs. The story begins in 1940s Palestine where twins Rasheed and Rasheeda Dinar work in their family inns. Educated by a Jesuit priest about the essence of his own Muslim religion, relative to love and sex, Rasheed follows closely the teachings of his mentor and includes Rasheeda, so that she learns those teachings as well.

When Rasheed falls in love with Natalia, a Jewish woman, he is able to apply what he learned from the priest to his budding relationship. However, it is the 1940s, and relations between Arabs and Jews are tense. Before long, those tensions come to a breaking point. Natalia mysteriously disappears, and Rasheed and Rasheeda are chased out of Palestine to Beirut, Lebanon.

Years pass, and though Rasheed continues to miss his beloved Natalia, he gets word of a surprising visitor-someone he didn't even know existed. Rasheed's life is upended, but in the most wonderful way.

As the Dinar family expands and enters the 1970s, their convictions are tested. In a dramatic final scene, the family reunites and proves once again that the thin line separating people because of their differences is powerless against the strength of family, love, and loyalty.

Wagih Abu-Rish is a Palestinian-American author and activist. He spent much of his career as a businessman, specializing in acquisitions. During a long and varied professional career, he was a foreign journalist in Beirut, Lebanon, and an ad executive on Madison Avenue in New York.

He has been active in promoting progressive causes such as democratic practices and equal rights. Among those causes, he feels strongly about the need for the liberation of women in the Middle East, which he considers to be the most overlooked and abridged human right of all.

Replenishing the Sea of Galilee is his first novel.

Replenishing the Sea of Galilee is a sweeping story of love, loss and the power of loyalty in the...

This book had it all religion and race and how two different cultures can work together and be as...

I loved it so much!

This book immediately caught my eyes because it was set in 1940s Palestine and I am...

The first thing about this story that caught my attention is the setting. Most historical fiction...