Wagih Abu-Rish is a Palestinian-American author and activist. He spent much of his career as a businessman, specializing in acquisitions. During a long and varied professional career, he was a foreign journalist in Beirut, Lebanon, and an ad executive on Madison Avenue in New York.

He has been active in promoting progressive causes such as democratic practices and equal rights. Among those causes, he feels strongly about the need for the liberation of women in the Middle East, which he considers to be the most overlooked and abridged human right of all.

Replenishing the Sea of Galilee is his first novel. 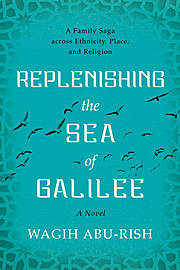 Replenishing the Sea of Galilee