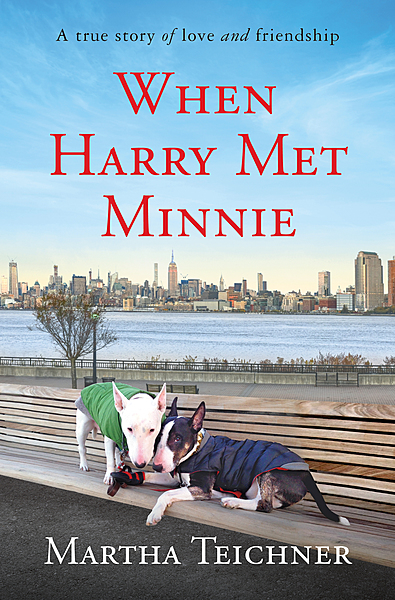 A true story of love and friendship

A memoir of love and loss, of being in the right place at the right time, and of the mysterious ways a beloved pet can bring people together, from CBS Sunday Morning News correspondent and multi-Emmy-Award-winning Martha Teichner.

There are true fairy tales. Stories that exist because impossible-to-explain coincidences change everything. Except in real life, not all of them have conventional, happily-ever-after endings. When Harry Met Minnie is that kind of fairy tale, with the vibrant, romantic New York City backdrop of its namesake, the movie When Harry Met Sally, and the bittersweet wisdom of Tuesdays with Morrie.

There’s a special camaraderie among early-morning dog walkers. Gathering at dog runs in the park, or strolling through Union Square Farmer’s Market before the bustling crowd appears, fellow pet owners become familiar–as do the personalities of their beloved animals. In this special space and time, a chance encounter with an old acquaintance changed Martha Teichner’s world. As fate would have it, her friend knew someone who was dying of cancer, from radiation exposure after 9/11, and desperate to find a home for her dog, Harry. He was a Bull Terrier―the same breed as Martha’s dear Minnie. Would Martha consider giving Harry a safe, loving new home?

In short order, boy dog meets girl dog, the fairy tale part of this story. But there is so much more to this book. After Martha agrees to meet Harry and his owner Carol, what begins as a transaction involving a dog becomes a deep and meaningful friendship between two women with complicated lives and a love of Bull Terriers in common. Through the heartbreak and grief of Carol’s illness, the bond that develops changed Martha’s life, Carol’s life, Minnie’s life, Harry’s life. As it changed Carol’s death as well.

In this rich and touching narrative, Martha considers the ways our stories are shaped by the people we meet, and the profound love we can find by opening our hearts to unexpected encounters.

Martha Teichner has been a correspondent for “CBS Sunday Morning” since December 1993, where she’s equally adept at covering major breaking national and international news stories as she is handling in-depth cultural and arts topics. Since joining CBS News in 1977, Teichner has earned multiple national awards for her original reporting, including twelve Emmy Awards and five James Beard Foundation Awards. Teichner was also part of team coverage of the Sandy Hook Elementary School shooting in Newtown, Connecticut, which earned CBS News a 2014 duPont-Columbia Award. Teichner was born in Traverse City, Mich. She graduated from Wellesley College in 1969 with a bachelor’s degree in economics. She attended the University of Chicago’s Graduate School of Business Administration. Teichner resides in New York City. 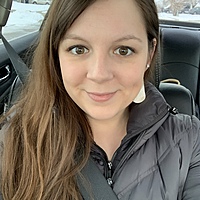 Have you ever read a book that resonated with you in such a profound way that you walked away... 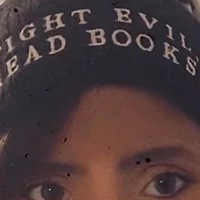 What a story - all the feels

Oh this book!!!! Martha Teichner was just hitting me in all the feels !!! Such a lovely book...

Love from cover to cover

The cover sucked me in. As a lover of all things NYC, I knew that this was a book deserving of my...

A Love story about DOGS!

I would LOVE to read this book as it seems to be a love story written by a dog owner about her...

The cover for this book is so cute! This is the start of such a sweet animal love story as well...

The perfect book for lovers of NYC and their four-legged fuzzy friends. Set among the backdrop of...