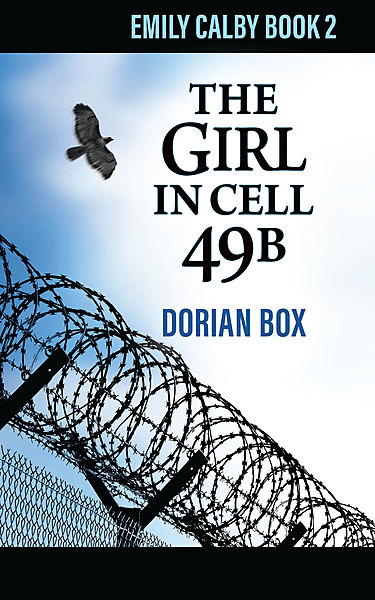 Arrested for murder on her sixteenth birthday and extradited to a corrupt juvenile prison, Emily—“the missing Calby girl”—fights for her life against a vindictive prosecutor in an explosive trial as the dark secrets behind the prison walls close in.

The Girl in Cell 49B

Emily Calby disappeared at age twelve, the only survivor of a notorious home invasion. Three years after her terrifying odyssey in The Hiding Girl, she’s safe, living in anonymity with her mentor, ex-gang member Lucas Jackson—before life blows up again on her sweet sixteen birthday. Arrested for carrying her gift from Lucas (an illegal handgun), a fingerprint scan shows her to be the “missing Calby girl” and worse: she’s wanted for murder in another state.

Extradited to a corrupt juvenile prison, Emily struggles to adjust to a new code of survival while facing a vindictive prosecutor willing to resort to any means to convict her. As The Law thwarts her every move, she begins to appreciate its awesome power. She discovers an unused prison law library and buries herself in it, casting her destiny.

As she fights for her life in court, the dark secrets behind the prison walls close in. Her cellmate, a spookily prescient drug addict, is in grave danger. So is her first love, a gentle boy sentenced to life without parole. Emily’s desperate to help them, but how can she, when her explosive trial brings one new disaster after another? (This second title in the Emily Calby Series works perfectly well as a standalone.)

“Dark and gritty… an exceptional, heart-pounding story full of raw emotion, deep-seated fear, and an undercurrent of hope and innocence… without peer in contemporary mysteries/thrillers.”
—Publishers Weekly BookLife Prize Semifinalist

“In Emily, author Dorian Box has created a rarity—a teenage protagonist that is at once sympathetic, vulnerable and largely fearless... This sharp characterization within a fast-paced work of suspense makes The Hiding Girl one of the year’s most exciting series openers.”
—BestThrillers.com (named a 2020 Best Thriller of the Year)

“The story that author Dorian Box has created for Emily Calby is nothing short of thrilling, but it’s The Hiding Girl’s masterful interplay of character, setting, and theme, along with its fast-pace and high emotional stakes that makes it a real page-turner.”
—IndieReader (starred review, Official Seal of Approval)

Dorian Box is a former law professor whose nonfiction books include an Amazon Editors’ Favorite Book of the Year. The Girl in Cell 49B is his third novel, book 2 in the Emily Calby Series. His earlier novels—Psycho-Tropics and The Hiding Girl (Emily Calby Book 1)—received awards from sources such as Writer's Digest, Publishers Weekly, and Readers’ Favorite. Dorian lives out his childhood rockstar fantasies playing in cover bands that earn tens of dollars sweating it out in dive bars until two a.m. 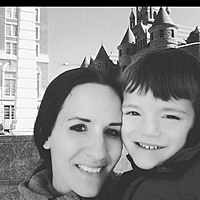 Better than I thought!!

This book was much better than I thought it would be. I wasn't seriously intrigued by the cover...

This book is a heartbreaker! It will leave you in a world of emotions and trying to juggle the...

The girl in cell 49B has absolutely piqued my interest. Creepy, bone chilling, lurking feelings...

I haven’t read a good book in a while so I hope this is the one. I’m intrigued because it sound...

Unfortunately, I have not yet read The Hiding Girl, but I think The Girl in Cell 49 B could work...