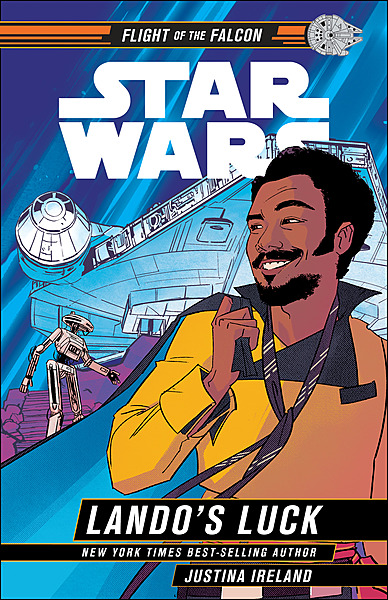 A middle grade novel starring Lando Calrissian and the droid L3-37, sharing an adventure they had when Lando was the captain of the Millennium Falcon.

An all-new adventure starring Lando Calrissian and L3-37 onboard the Millennium Falcon.

When Lando Calrissian gets caught smuggling on the planet Hynestia, the queen agrees to let him go if he delivers something called the Solstice Globe to the Empire on her behalf. Lando is relieved that his punishment is a simple delivery mission-but he soon discovers things are not as simple as they seem. The queen's daughter, Princess Rinetta, has stowed away on the Millennium Falcon and demands Lando and L3-37 take the globe back to its home planet, which needs the globe to survive. Now Lando has to choose: Do what's right, or do what's best for Lando. But if he's lucky enough, he just might be able to do both....

Justina Ireland is the New York Times bestselling author of fifteen novels and four anthology contributions, including Dread Nation and Deathless Divide. She is a former editor in chief of FIYAH Magazine of Black Speculative Fiction, for which she won a World Fantasy Award, and her work has been shortlisted numerous times for state and literary awards. She holds a BA in History from Georgia Southern University and an MFA in creative writing from Hamline University. 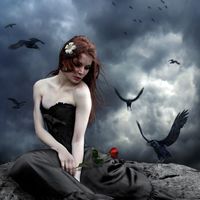 If you are a fan of Star Wars you are going to love this, I am a fan and love ...

My son loved it

My son is a huge StarWars fan, so when I saw this on Bookishfirst I knew it would be something...

my son enjoyed this book

My son is a huge fan of star wars he wants all the books and wants to read all there books. He...

Fun for the kids

Who doesn’t love Star Wars?! Every night when we ask our kids what they want to read it’s...

I like that Lando finally got his own book to show just how amazing he is. The details were...

I liked that it started out as a simple tasking. Then the plot thickens, with Lando having now to...