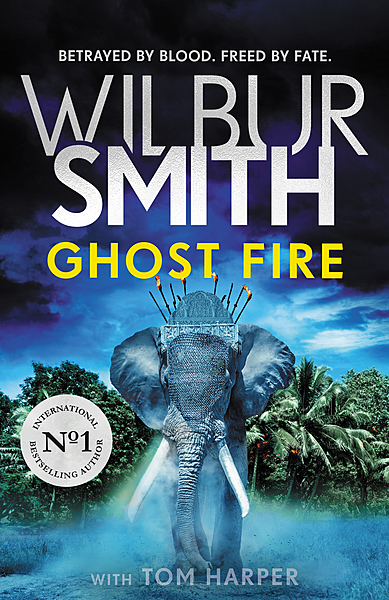 An epic story of tragedy, loss, betrayal and courage that brings the reader deep into the seething heart of the French Indian War.

1754: Inseparable since birth and growing up in India, Theo and Connie Courtney are torn apart by the tragic death of their parents.

Theo, wracked with guilt, seeks salvation in combat and conflict, joining the British in the war against the French and Indian army. Connie, believing herself abandoned by her brother, and abused and brutalized by a series of corrupt guardians, makes her way to France, where she is welcomed into high society. Here, she once again finds herself at the mercy of vicious men, whose appetite for war and glory lead her to the frontlines of the French battlefield in North America.

As the siblings find their destinies converging once more, they realise that the vengeance and redemption they both desperately seek could cost them their lives . . .

Ghost Fire follows the lives of two siblings who are torn apart after the loss of their parents....

Ghost Fire is the 18th book in the Courtney series and all I can say is that this is the first...

The next in the Courtney family saga, this book is set starting in 1754 and tracks the early...

This looks really good! I'm really excited for this one as I love stories about india and...

This book sounds really good, and I loved the first impression of it. It starts out where a...