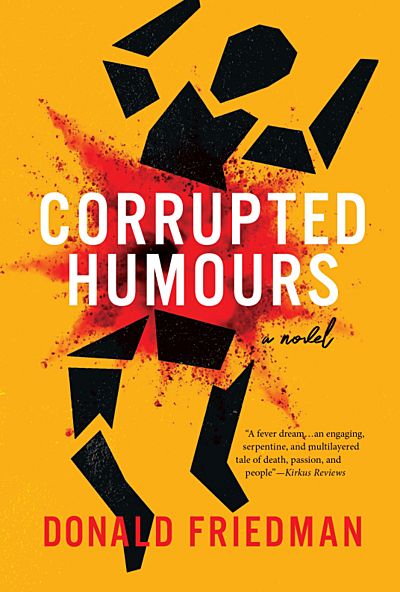 "Complex protagonists and their interwoven narratives create a distinctive literary mystery with a bent toward the philosophical."
—Publishers Weekly

Corrupted Humours opens with the explosion of Albert Snaedeker on the operating table during routine surgery. The deceased’s cousin, an oil heir, and publisher of Angle magazine, assigns his reporter and sometime novelist, Owen Berk, to investigate.

Berk not only pursues the whodunnit,howdunnit questions but, intrigued by the bizarre death and the people surrounding it, transforms them into characters in a novel. In the story, Snaedeker's surgeon's depressed wife is indoctrinated into the world of S/M and has an imagined flowering. Berk's novel is woven into the framing narrative until the plots converge as Berk falls in love with the woman, wondering how much of his passion is for her, how much for the fantasy figure he has turned her into.

Novelist, short story writer, and essayist, Donald Friedman is the author of the multiply translated The Writer's Brush: Paintings, Drawings, and Sculpture by Writers, which The New York Times Book Review described as "sparkling audaciously on every page," and which the American Libraries Association called "a grand feat of research and interpretation." His first novel, The Hand Before the Eye, black comic and shot through with religious themes―praised by Publishers Weekly for "its impassioned finale of spiritual redemption,"—was a Vanity Fair Hot Type Recommendation. You're My Dawg, Dog: A Lexicon of Dog Terms for People, has brought pleasure equally to dog and word lovers.

This book had everything intrigue , mystery excitement , suspense ! When the psychiatrist husband...

The style of writing was so interesting; I really enjoyed the back and forth between Owen's real...

I thought it was hard to get into so many people I didn,t which person is good and which was bad... 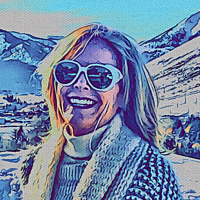 A Page Turner Right From the Start - Must Read This One!

I love it when a book immediately draws me into the action, CORRUPTED HUMOURS is just that kind... 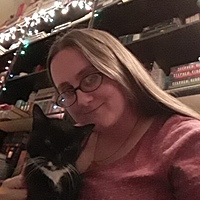 This book looks AMAZING! The beginning scene opens with a bang-literally! And the characters seem...

I am uncertain about this invisible book. It's not a hard boiled mystery. It's not a cute cozy....