Novelist, short story writer, and essayist, Donald Friedman is the author of the multiply translated The Writer's Brush: Paintings, Drawings, and Sculpture by Writers, which The New York Times Book Review described as "sparkling audaciously on every page," and which the American Libraries Association called "a grand feat of research and interpretation." His first novel, The Hand Before the Eye, black comic and shot through with religious themes―praised by Publishers Weekly for "its impassioned finale of spiritual redemption,"—was a Vanity Fair Hot Type Recommendation. You're My Dawg, Dog: A Lexicon of Dog Terms for People, has brought pleasure equally to dog and word lovers. 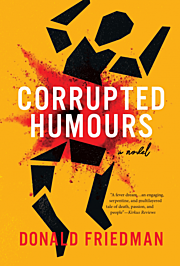