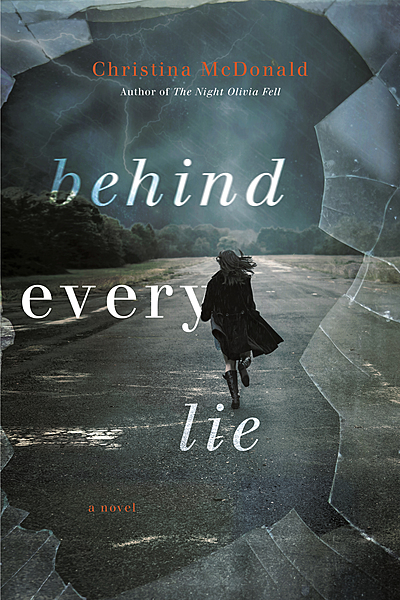 From the USA TODAY bestselling author of The Night Olivia Fell comes a thrilling new suspense novel about the insidious nature of family secrets…and their deadly potential.

Perfect for fans of Lisa Jewell’s I Found You and Karin Slaughter’s Pieces of Her, Behind Every Lie explores the complicated nature of mother-daughter relationships, family trauma, and the danger behind long-held secrets.

If you can’t remember it, how do you prove you didn’t do it?

Eva Hansen wakes in the hospital after being struck by lightning and discovers her mother, Kat, has been murdered. Eva was found unconscious down the street. She can’t remember what happened but the police are highly suspicious of her.

Determined to clear her name, Eva heads from Seattle to London—Kat’s former home—for answers. But as she unravels her mother’s carefully held secrets, Eva soon realizes that someone doesn’t want her to know the truth. And with violent memories beginning to emerge, Eva doesn’t know who to trust. Least of all herself.

Christina McDonald is the USA Today bestselling author of The Night Olivia Fell. Her writing has been featured in The Sunday Times (London), Dublin, USA TODAY, and Expedia. She lives in London, England with her husband, two sons, and their dog, Tango.

I’ve never read anything like this and I wanted to keep on reading!! The paranoia Eva must be...

When Eva wakes up in the hospital, she has no idea where she is, how she got there, or what...

Eva gets struck by lightning and awakens to discover her mother is dead. Was it her or someone...

Kat, who’s Eva’s mother was found murdered and Eva was found unconscious down the block with...

What happened on that night

Eva was found unconscious covered in blood , is it her mother’s? Who was found murdered Eva can’t...

Eager to read more from this author....

Every one is still talking about The Night Olivia Fell. That was a great book and author...