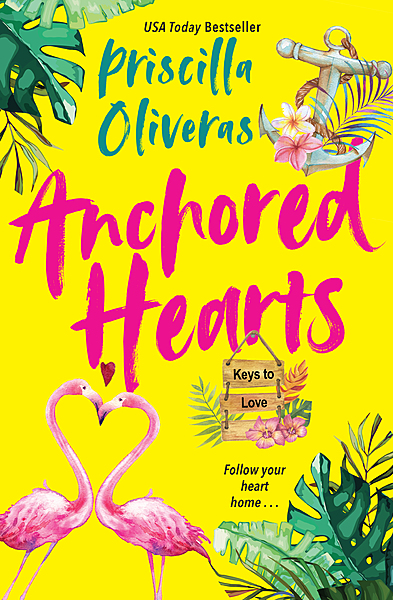 Soak Up Some Sun & Love with this Rom-Com set in the lush and romantic Florida Keys!

A Key West vacation in a book! Sparkling with humor, romance, Latinx culture, and the unique island energy of Key West, Florida, the acclaimed Keys to Love Series by USA Today bestselling author Priscilla Oliveras are the perfect escape. In Anchored Hearts, sparks fly for a second time when award-winning photographer and prodigal son Alejandro ends up back home, forced to face the familia—and the girl he left behind—for the first time in years. Can these two Key West natives learn to put away old hurts and embrace a new future under the tropical sun?

Award-winning photographer Alejandro Miranda hasn’t been home to Key West in years—not since he left to explore broader horizons with his papi’s warning “never to come back” echoing in his ears. He wouldn’t be heading there now if it wasn’t for an injury requiring months of recuperation. The drama of a prodigal son returning to his familia and their beloved Cuban restaurant is bad enough, but coming home to the island paradise also means coming face to face with the girl he left behind—the one who was supposed to be by his side all along. . .

Anamaría Navarro was shattered when Alejandro took off without her. Traveling the world was their plan, not just his. But after her father’s heart attack, there was no way she could leave—not even for the man she loved. Now ensconced in the family trade as a firefighter and paramedic, with a side hustle as a personal trainer, Anamaría is dismayed that just the sight of Alejandro is enough to rekindle the flame she’s worked years to put out. And as famillia meddling pushes them together, the heat of their attraction only climbs higher. Can they learn to trust again, before the Key West sun sets on their chance at happiness? 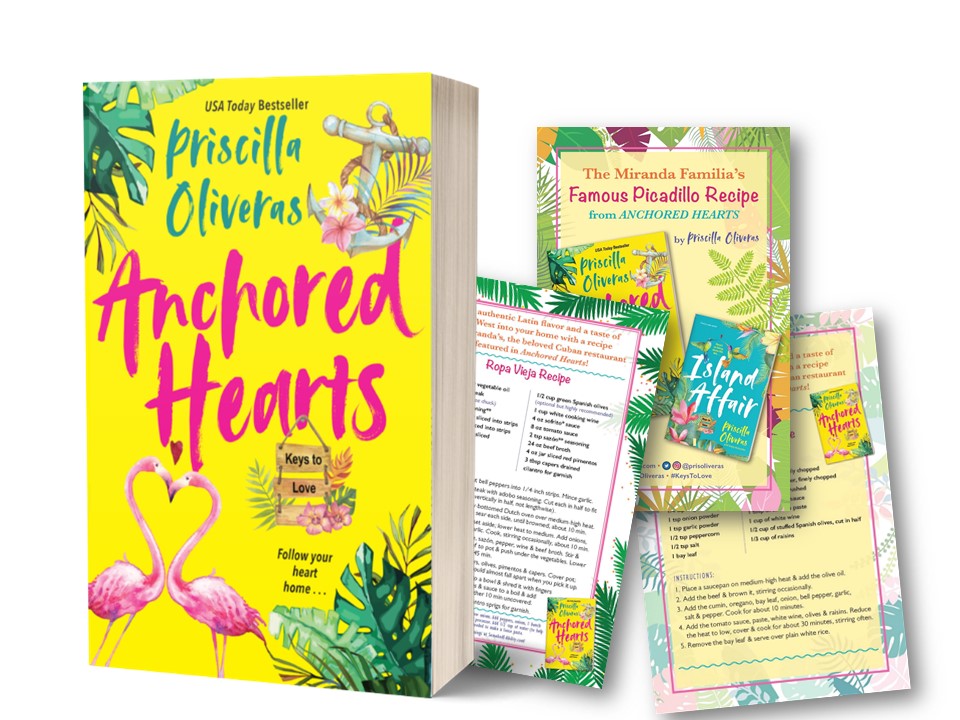 USA Today bestselling author Priscilla Oliveras is a RWA RITA® double finalist and four-time Golden Heart® finalist who writes contemporary romance with a Latinx flavor. Proud of her Puerto Rican-Mexican heritage, she strives to bring authenticity to her novels by sharing her culture with her readers. She and her work have received praise from the Washington Post, New York Times, Entertainment Weekly, Redbook, Publishers Weekly, and Booklist, among others. Priscilla earned her MFA in Writing Popular Fiction from Seton Hill University and currently teaches the online class “Romance Writing” for ed2go.

This is definitely my type of book! I immediately fell in love with Anamaria and how relatable...

I really loved this book! I read the first book in the series and I love how the author keeps all...

This book provides the courage and knowledge of true love. Two young lovers destined to be...

I can’t wait to read Alejandro and Anamaria’s story. Alejandro is home recovering from an injury...

Oliveras hits it outta the park

The sense of history and rich Latinx community is apparent from the first scene with Anamaria's...

The cover immediately grabbed me and makes me want to go somewhere tropical. I love these more...