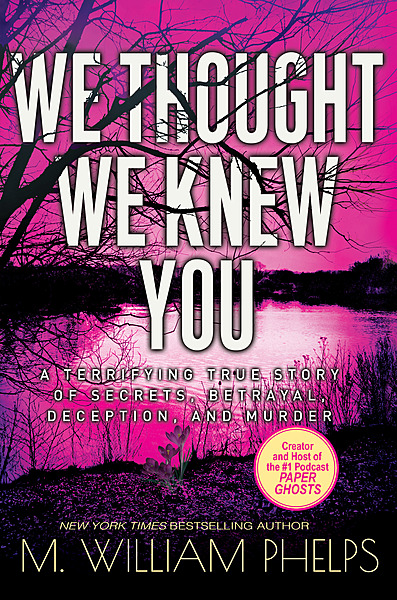 Both a stunning true crime investigation and a gripping family drama by award-winning author and creator of the #1 podcast “Paper Ghosts,” M. William Phelps.

We Thought We Knew You

From one of America’s most celebrated true crime authorities, New York Times bestselling journalist and creator of the #1 podcast “Paper Ghosts,” M. William Phelps, the chilling investigation into the mysterious 2015 poisoning of a woman in upstate New York and a family plunged into a nightmare of backstabbing and vengeance.

In July 2015, Mary Yoder returned home from the chiropractic center she operated with her husband, Bill, complaining she felt unwell. Mary, health-conscious and vibrant, was suddenly vomiting, sweating, and weak. As her mysterious illness continued to rapidly progress, Bill rushed her to the ER, but within forty-eight hours, she was dead.

In the weeks following her death, Mary’s grief-stricken family received startling news from the medical examiner: Mary had been deliberately poisoned with an extremely toxic chemical. Another bombshell followed when the local sheriff’s office received an anonymous tip that Mary’s 24-year-old son, Adam, had poisoned his mother. But after Adam is arrested, investigators turn to a different person of interest.

Adam’s ex-girlfriend, pretty and popular Kaitlyn Conley, worked at the Yoders’ clinic. She’d even been at Mary’s bedside during those last terrible hours. Still, some spoke of her talent for manipulation and a history of bizarre, rage-fueled behavior against anyone who dared to reject her…

M. William Phelps is an investigative journalist, podcast host, television expert and New York Times bestselling author of over forty nonfiction books, including the groundbreaking crime memoir DANGEROUS GROUND. Winner of the Excellence in (Investigative) Journalism Award from the Society of Professional Journalists and the New England Book Festival Award, he’s spent over 300 hours on television as a true crime expert, appearing on numerous shows, including CBS’ Early Show, ABC’s Good Morning America, the Today Show and The View. He created, produced and starred in the series Dark Minds and also stars in Deadly Women, Sex, Lies & Murder, Oxygen's Snapped, Killer Couples and KillerPost. He is the creator and host of the #1 most downloaded iHeartRadio original podcast series Paper Ghosts, and has been called "the nation's leading authority on the mind of the female murderer" by Radio America.

This was an incredibly fast paced narrative non-fiction book. I really enjoyed the way the author...

Don't miss this one!

I can't say enough about how fascinating this book was! Each chapter reveals new facts and...

4.5⭐ This is my first time reading a book by M. William Phelps. I will be taking a look at his...

I am a lover of anything true crime so I knew immediately I would enjoy this first look. I love...

Upstate New York means different things to different people depending on where in upstate NY you... 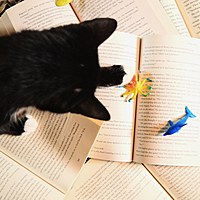 This is the book I need right now!

We thought we knew you looks like an amazing true crime story! I am a true crime junkie! This...