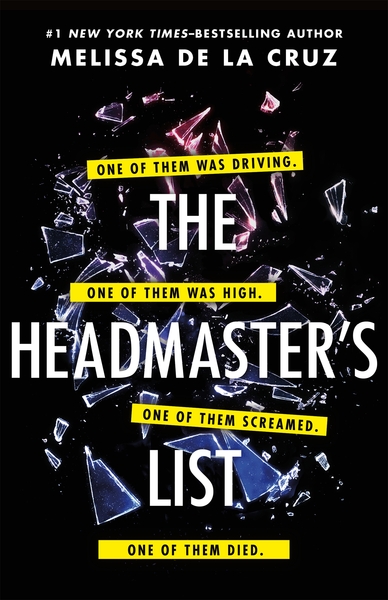 An edge-of-your-seat YA thriller about a fatal car crash and the dangerous lengths one teen will go to uncover the truth about what really happened, from New York Times bestselling author Melissa de la Cruz

Friday night. The party of the summer. Four teens ride home together. Only one never makes it.

When high school sophomore Chris Moore is tragically killed in a car crash, Armstrong Prep is full of questions. Who was at the wheel? And more importantly, who was at fault?

Eighteen-year-old Spencer Sandoval wishes she knew. As rumors swirl that her ex, Ethan, was the reckless driver, she can’t bring herself to defend him. And their messy breakup has nothing to do with it – she can’t remember anything from that night, not even what put her in that car with Ethan, Chris, and Tabby Hill, the new loner in school.

The hunt for answers intensifies when a local true crime podcast takes an interest in the case, pushing Spencer further into the depths of this sinister mystery. Was it all just a night out that went very wrong? And is it a coincidence that all but Chris is on Armstrong's esteemed honor roll, the Headmaster’s List? In a place ruled by pedigree and privilege, the truth can only come at a deadly price.

Set against the glitz and glamor of an elite LA private school, Melissa de la Cruz's first YA thriller is an addictive mystery perfect for fans of Gossip Girl and A Good Girl's Guide to Murder.

Melissa de la Cruz is the #1 New York Times, #1 Publisher’s Weekly and #1 Indie Bound bestselling author of many critically acclaimed and award-winning novels for readers of all ages, and edited the inspiring anthology of true stories, Because I Was a Girl. She grew up in Manila and moved to San Francisco with her family, where she graduated high school salutatorian from The Convent of the Sacred Heart. At Columbia University, she majored in art history and English. Melissa de la Cruz lives in West Hollywood with her husband and daughter. A Crash You Can't Look Away From

Melissa De La Cruz is a queen, anything she writes is worth reading and I was so excited to read... 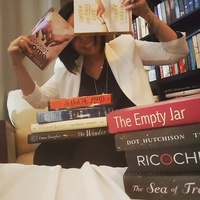 Sounds like a fast pace mystery thriller that I cannot wait to get my heads on! I can only...

Scream, Float, Crash ~ those words are emblazoned into Spencer’s brain as she lays in the...