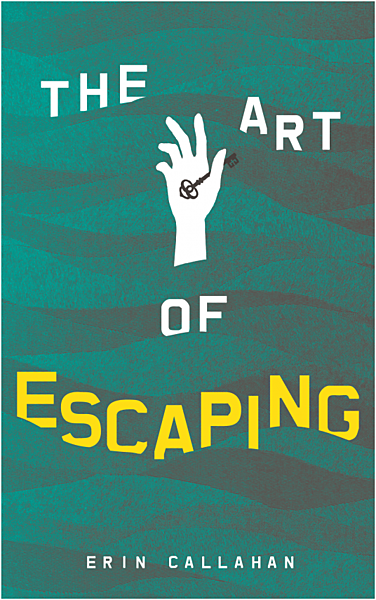 The Truth Is In the Escape

The Art of Escaping

Seventeen-year-old Mattie is hiding her obsession with Harry Houdini and Dorothy Dietrich from everyone, including her best friend Stella. When Stella takes off to boarding school for the summer, all of Mattie’s anxieties bubble to the surface, leaving her feeling adrift. To distract herself, she seeks out Miyu, the reclusive daughter of a world-renowned escape artist whose life and career were snuffed out by a tragic plane crash.

With Miyu’s help, Mattie secretly transforms herself into a burgeoning escapologist and performance artist. Away from the curious eyes of her peers, she thrives in her new world of lock picking, straitjackets, and aquarium escapes. But when Will, a popular varsity athlete from her high school, discovers her act at an underground venue, she fears that her double life is about to be exposed. But instead of outing her, Will tells Mattie something he’s never told anyone before, and the two of them find out that not all secrets can remain secret forever.

Told through the perspectives of the witty main characters, this funny and fresh debut explores the power of stage personas and secret spaces, and speaks to the uncanny ways in which friendships transform us.

Erin grew up by a small glacial lake in New Hampshire and, after brief stints in Colorado and Rhode Island, she settled back in the Granite State with her husband and daughter. As a small child, she told her mother she’d defaced a wall with crayons because she’d been possessed by an imp. She’s convinced that same imp drives her to write. When she’s not at her day job or cranking out novels on her laptop, you can find her soaking in the new golden era of television, stalking her favorite musicians on Twitter, and trying not to embarrass herself on the volleyball court. She loves giant squids and the color red, hates the phrase “no offense,” and thinks birds are creepy.

Once upon a time, she was a lawyer but found herself unemployed at the height of the recession. For her own sanity she started writing, and to make ends meet she took a job at a residential program for teens. The kids she met there will forever serve as a well of inspiration for the contemporary YA she writes.

I am so glad I read this excerpt even though it was pretty short. This book is very well written....

The cover page was interesting and artistic. I liked the design, especially the key on the palm....

This one comes with a lot of heart!

This was unlike any book I've read before and it'll be hard to find another one that will top it...

I love Mattie's character and I'm excited to see what happens in the book. The first look and...

I went into reading THE ART OF ESCAPING not knowing anything about it. I've seen it on a few book...

I’d never seen any book with this subject matter before so I’m automatically drawn towards it. I...