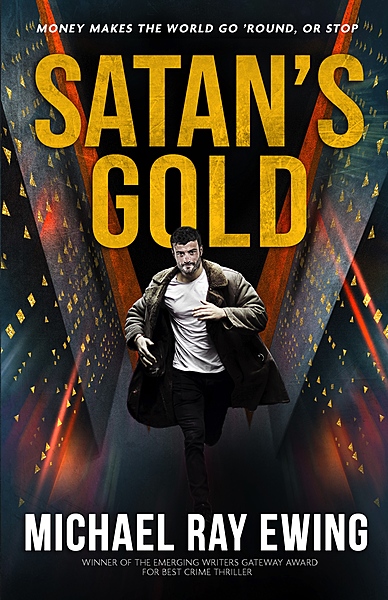 Money makes the world go 'round. Or stop.

The entire financial world is networked, but banks have an Achilles' heel...

An elusive ex-CIA financial analyst known only as Daemon has stolen billions from the Russian Federation, and now he's determined to plunder the richest prize of all--the U.S. Federal Reserve.

Only one man stands in the way--disgraced former FBI Agent Tyler Jackson, who is destroying all he loves in a feverish attempt to capture Daemon and prevent a worldwide economic collapse. But can Jackson and Dixie, a female hacker wanted for unleashing a deadly computer virus, find Daemon before he makes he brings the world to its knees?

Michael Ray Ewing is the winner of the Emerging Writers Gateway Contest for best new crime thriller. Satan's Gold was inspired by his work as a Bell Labs engineer on the United States Federal Reserve's network, FEDNET. An avid mountain biker, he writes about people who take life's ups and downs in stride.

I loved this financial thriller! It was quite exhilarating and I enjoyed the multiple... 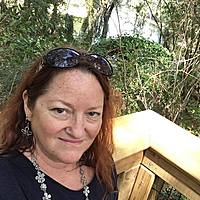 If you’re looking for a fast-paced thriller, set in the high-stakes world of global finance, look...

Techno Thriller? Have I ever even heard that before? I think not. Of course, I have a curious...

From the moment the reader is introduced to Ty Jackson, Quantico graduate, and learns about a...

The author has a good knack of pulling the reader in on the very first page. The pace appears to...