As a fourteen-year-old girl in London, Alice survived a horrific stabbing attack by two classmates obsessed with Mister Tender, a graphic novel character created by Alice’s own father. Now, a decade later and an ocean away, Alice is trying to focus on the present—but the past won’t leave her alone. Someone knows far more than they should—not just about the night she’s tried so hard to forget, but also deeply private details about Alice’s life. Suddenly, the sinister Mister Tender is leaping off the page and into the real world, and he has his sights set on Alice.

In the vein of Alex Marwood’s The Wicked Girls, Mister Tender’s Girl is a harrowing psychological thriller about obsession, memory, survival—and how one appalling act can change the course of so many lives.

USA Today and #1 Denver Post bestselling author Carter Wilson explores the depths of psychological tension and paranoia in his dark, domestic thrillers. Carter is a two-time winner of both the Colorado Book Award and International Book Award. He lives with his two children in a spooky Victorian house in Erie, Colorado.

This book is generally a light, enjoyable read because, despite it being in the thriller genre,...

Absolutely amazing!! I wish I could just sit here and read this book! I just think is the most...

At fourteen, Alice Hill was viciously attacked by two of her classmates and left to die. The...

I MUST HAVE THIS!!

Wow, I knew I wanted to read this book, now I realize I simply must! The writing is beautifully... 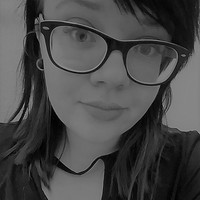 I NEED THIS BOOK

I can't wait to stay up all night finishing this book when I finally get my hands on it! This...

OH MY GOSHHH . That was so good! The story first of all is really unique and the writing seems...