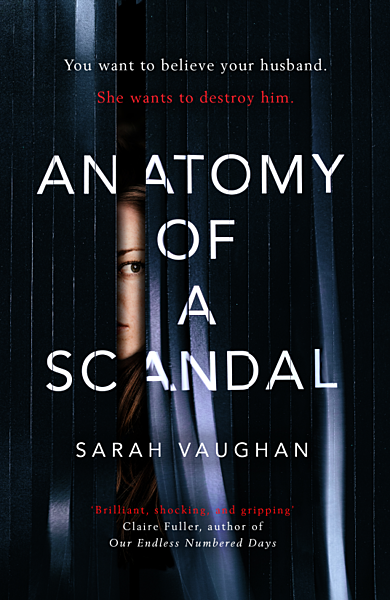 You want to believe your husband. She wants to destroy him.

Anatomy of a Scandal

An astonishingly incisive and suspenseful novel about a scandal amongst Britain’s privileged elite and the women caught up in its wake.

Sophie’s husband James is a loving father, a handsome man, a charismatic and successful public figure. And yet he stands accused of a terrible crime. Sophie is convinced he is innocent and desperate to protect her precious family from the lies that threaten to rip them apart.

Kate is the lawyer hired to prosecute the case: an experienced professional who knows that the law is all about winning the argument. And yet Kate seeks the truth at all times. She is certain James is guilty and is determined he will pay for his crimes.

Who is right about James? Sophie or Kate? And is either of them informed by anything more than instinct and personal experience? Despite her privileged upbringing, Sophie is well aware that her beautiful life is not inviolable. She has known it since she and James were first lovers, at Oxford, and she witnessed how easily pleasure could tip into tragedy.

Most people would prefer not to try to understand what passes between a man and a woman when they are alone: alone in bed, alone in an embrace, alone in an elevator… Or alone in the moonlit courtyard of an Oxford college, where a girl once stood before a boy, heart pounding with excitement, then fear. Sophie never understood why her tutorial partner Holly left Oxford so abruptly. What would she think, if she knew the truth?

SARAH VAUGHAN read English at Oxford and went on to become a journalist. She spent eleven years at the Guardian as a news reporter, health correspondent, and political correspondent. She left to freelance and began writing fiction the week she turned forty. Her debut novel, The Art of Baking Blind, published by Hodder & Stoughton, St. Martin’s Press, and in seven other languages, was the result. The Farm at the Edge of the World was published in June 2016 and will be published in Germany and France. Sarah lives in Cambridge with her husband and two children.

Yep, this is an anatomized scandal!

The packaging of this book is very thriller-y, and maybe that's how everyone would slot this...

Love the cover and love the title! From the first eleven pages the author pulls you in! You... 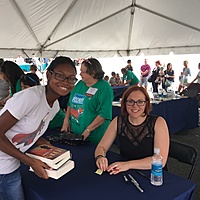 Honestly, this book wasn’t even on my radar. The only reason I even bothered to is I just it up...

The synopsis immediately caught my eye & the preview was even better. You automatically like the... 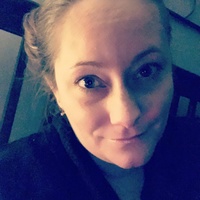 Such a tease this first look is! The cover and title pull in automatically, wanting to know what...

I am hooked on this book after reading the beginning. The author does a great job of introducing...