Louise Callaghan is the Middle East Correspondent for the Sunday Times (UK), one of the youngest ever hired by the paper. She has had long-form pieces published in The Sunday Times Magazine, Vogue, and the Times Literary Supplement. She won the Marie Colvin Award for British Journalism, New Journalist of the Year at the 2016 British Press Awards, Young Journalist of the Year at the 2017 British Journalism Awards, and made Forbes' 30 under 30 in media 2018 list. Father of Lions is her first book. 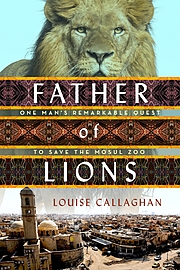