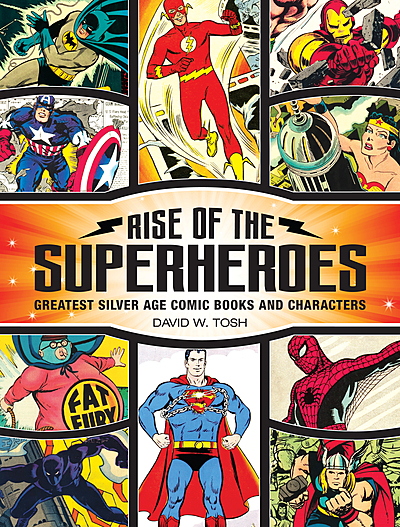 Thanks to the Silver Age, superheroes are bigger and badder than ever.

Rise of the Superheroes

Rise of the Superheroes--Greatest Silver Age Comic Books and Characters is a visual and entertaining adventure exploring one of the most popular and significant eras of comic book history. From 1956 to 1970, the era gave us Spider-Man, The Avengers, X-Men, The Incredible Hulk, Iron Man and a flurry of other unforgettable and formidable characters.

The Silver Age redefined and immortalized superheroes as the massive pop culture titans they are today.

Lavishly illustrated with comic book covers and original art, the book chronicles:
--The new frontier of DC Comics, with a revamped Batman, Superman and Wonder Woman, and new characters including Hawkman
--Marvel's new comics featuring Thor and The Fantastic Four
--The pop art years that saw Batman's "new look" and the TV series
--Independent characters, including Fat Fury and T.H.U.N.D.E.R. Agents
--Spotlights new and re-imagined superheroes, like Wonder Woman, who have become central to modern pop culture
--Includes values of these comics, which are popular with collectors

David W. Tosh has been an avid fan of comic strips, animated cartoons, and comic books for most of his life. Since 2003, he has been a cataloger for Heritage Auctions in Dallas, Texas, specializing in comic books, original comic and animation art, and vintage rock posters. He and his wife, Sonia, live in Mesquite, Texas. 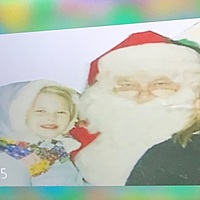 I LOVE Superheroes (Esp. The Flash) & I’m sure this book will do them ‘Justice’!!

I LOVE Superheroes (Especially… The Flash/Barry Allen - the one Played by Grant Gustin) & I’m...

My son is a huge fan of superheroes superheroes and star wars he see a book on both title he have...

I love comics, like I'm such a super hero geek, so reading this was such a pleasure, I had so...

I don’t really read too many comics, but it’s really cool to see a book with the...

I loved how you get to see comics through time, especially batman, which I am a fan of! The...