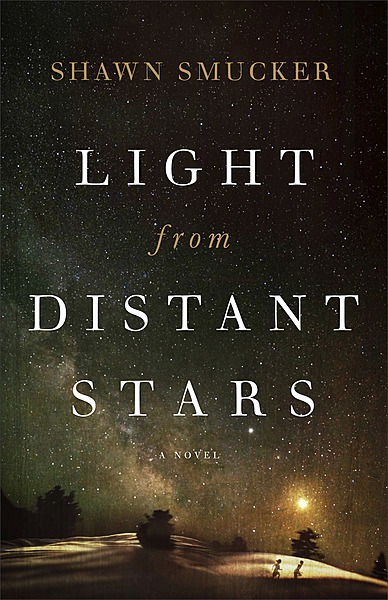 Master story weaver Shawn Smucker relays a tale both eerie and enchanting, one that will have you questioning reality and reaching out for what is true, good, and genuine.

When Cohen Marah steps over his father’s body in the basement embalming room of the family’s funeral home, he has no idea that he is stepping into a labyrinth of memory.

Over the next week, Cohen’s childhood comes back in living color. The dramatic events that led to his parents’ separation. The accident Cohen witnessed and the traumatic images he couldn’t unsee. And the two children in the forest who became his friends—and enlisted him in a dark and dangerous undertaking. As the lines blur between what was real and what was imaginary, Cohen is faced with the question he’s been avoiding:

Is he responsible for his father’s death?

Shawn Smucker is the author of the young adult novels The Day the Angels Fell and The Edge of Over There, as well as the memoir Once We Were Strangers. He lives with his wife and six children in Lancaster, Pennsylvania.

Really looking forward to this book!

This was a tricky book to pin down at first. I mean, who would embalm their own fathers body? I...

First off, the cover was devastatingly beautiful. I've always been a sucker for beautiful covers,...

First off this book cover is amazing and it is what is pulling you in. The little that i knew of...

This one's writing really pulled me in. I found myself getting swept up in the story. It's such...

I am very anxious to read more of this story. I want to know what his father had done and I also...

Pulled me right in from the first sentence. I must know why he killed, or tried to kill, his...