Daveed Diggs is an actor, singer, producer, writer and rapper. He is the vocalist of the experimental hip hop group Clipping. Diggs originated the role of, and won a Grammy and Tony for, the Marquis de Lafayette/Thomas Jefferson in the 2015 musical Hamilton by Lin-Manuel Miranda. Find him on Twitter @DaveedDiggs. William Hutson is a composer, known for Room 237 (2012), The Mayor (2017) and Ten Minutes Is Two Hours (2013). He is part of the rap group Clipping. Find him on Twitter @clppng. Jonathan Snipes is a composer and sound designer for Film and Theater living in Los Angeles. He occasionally teaches sound design in the theater department at UCLA, and is a member of the rap group Clipping. Find him at jonat8han.com. 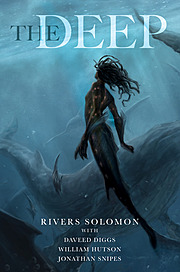