Gina Wilkinson is an award-winning journalist, author, former foreign correspondent, and documentary maker who's reported from some of the world's most intriguing and perilous places for the BBC, NPR, ABC, and other renowned public broadcasters. During two decades living and working in hotspots across the globe, she spent more than a year in Baghdad under Saddam Hussein. At that time, Iraq was virtually sealed off from the outside world, and Gina lived under tight surveillance. One of her closest Iraqi friends even worked as a secret police informant, reporting on her every move. Gina now works in international development, supporting efforts to end poverty in the developing world. She lives in Australia. 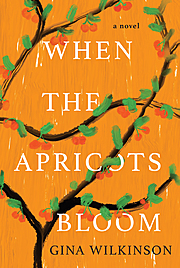