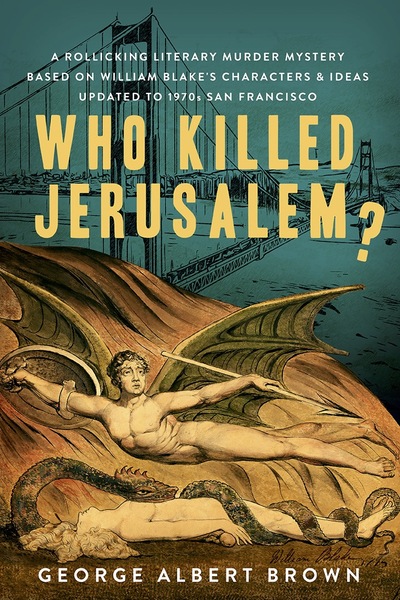 A seamless melding of the intricate plotting of Umberto Eco in The Name of the Rose; the side-splitting humor of John Kennedy Toole in A Confederacy of Dunces; and the fabulous world of William Blake.

Ded Smith, a desperately unhappy, intelligent philistine with a highly developed philosophy to match, is called in to investigate the poet's death. Thus begins a series of hilarious encounters with the members of Jerusalem's coterie.

Ded soon realizes that to find out what happened, he must not only collect his usual detective's clues but also, despite his own poetically challenged outlook, get into the dead poet's mind. Fighting his way through blasphemous funerals, drug-induced dreams, poetry-charged lovemaking, offbeat philosophical discussions, and much, much more, he begins to piece together Jerusalem's seductive, all-encompassing metaphysics.

But by then, the attempts to kill Ded and the others have begun.

Before Ded's death-dodging luck runs out, will he be able to solve the case and perhaps, in the process, develop a new way of looking at the world that might allow him to replace his unhappiness with joy?

George Albert Brown, a graduate of Yale University and Stanford Law, started as a hippie in San Francisco’s Haight Ashbury and retired at age 40 after having co-founded a successful international finance company. Following stints thereafter as a humorous author (The Airline Passenger’s Guerrilla Handbook) and an angel investor in over a score of high-tech university spinouts, he built a catamaran in Chile and for more than a decade, cruised it across the globe with his significant other. Today, as a father of three grown children, a grandfather of four not-yet-grown children, and an involuntary lover of stray cats, he continues his peripatetic lifestyle by other means.

Who Killed Jerusalem? is the book that George, a life-long devotee of William Blake, had always wanted to write. 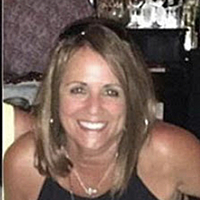 I haven't read any of his works, so I wasn't sure if I would get this one, but let me just say it...

I need to start this review with saying this book did not work for me at all. That doesn’t mean...

In a throwback to vintage literary figure William Blake, a modern-day poet is found dead in 1977...

I love the snappy humor amongst the drama that immediately ensures in this book. It was so easy...

What an interesting take on a true crime story! I can't wait to put this in front of my...