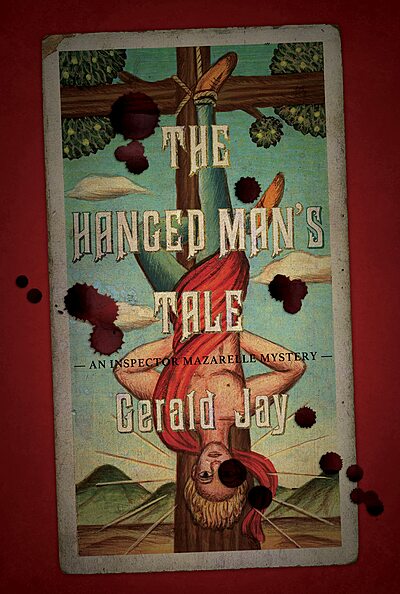 In the shadowy back alleys and opulent homes of Paris, hard-nosed police inspector Paul Mazarelle of The Paris Directive sets out on the trail of a serial killer.

A murdered man is discovered dangling inside the tunnels of a Paris canal--the only clue, the tarot card in his pockets: the Hanged Man. When an innocent suspect is railroaded into prison for the homicide, Mazarelle sets off on the hunt for the real killer.

For the charming, hot-tempered, impulsive Frenchman--now back from the provinces and leading his own homicide unit out of Paris’s famed Quai des Orfevres--it’s an investigation that takes him far from the comforts of Beaujolais and bouillabaisse, and plunges him into an underworld of ruthless white supremacists looking for scapegoats in Paris’s growing immigrant community, corrupt cops eager to cover up a shady side business, and a conspiracy of secrets that threaten his own life.

Meanwhile, Claire Girard, an irresistible and ambitious journalist at a popular tabloid, is wrapped up in the same story. On the trail of the Tarot Card killer, Mazarelle finds himself blindsided by their growing attraction. And when his team’s case collides with Girard's latest scoop, and the body count keeps rising, Mazarelle himself becomes a prime suspect who must clear his own name. Gerald Jay’s latest Mazarelle adventure is a riveting, fast-paced thriller about a classic French detective making his way through the dangerous streets of a very modern world.

Gerald Jay is the nom de plume of novelist Gerald Jay Goldberg, writing here in collaboration with his family, Robert Goldberg, James Goldberg, and Nancy Marmer. He is the author of The Paris Directive and the Pulitzer prize nominated novel, The Lynching of Orin Newfield. A new Mazarelle novel is in the works.

First of all, this book had great cover art. If I saw it in the store, I'd definitely pick it up....

First of all the cover art is amazing. This concept behind the book is intriguing. I love love...

This was the perfect book for the fall. I wish I had read it during that time I absolutely loved...

I'm absolutely terrified to travel right now - and expect that to be the case for the foreseeable...

Such a good plot!

I absolutely love thrillers and mystery novels. However, a lot of them kind of have the same plot...

The cover of this book is absolutely beautiful. The tarot card on the front was a unique way to...