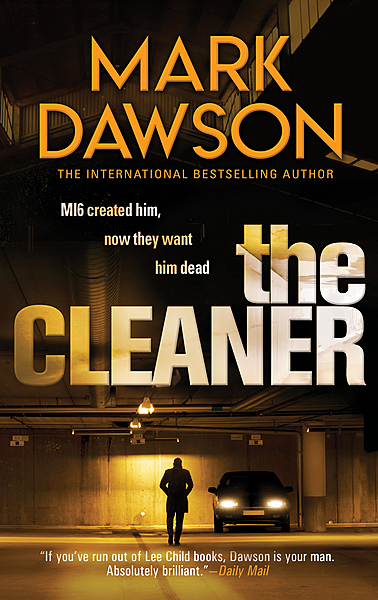 MI6 created him. Now they want him dead.

John Milton is the man the government call when they want a problem to vanish. But what happens when he’s the one that needs to disappear?

After a botched job leaves a bloody trail, government assassin John Milton does the one thing he’s never done before: he hides.

Disappearing into London’s bustling East End and holing up in a vacant flat, Milton becomes involved with single mother Sharon and her troubled son Elijah, who are caught in an increasingly bloody turf war between two rival gangs.

Unable to ignore the threat, Milton sets about protecting mother and son, meeting violence with violence. But his involvement puts him in the sight of the government’s next best killer, and before long Milton is not just fighting to save a family and a home - he’s fighting to stay alive...

The Cleaner is the first title in the John Milton series, and was a UK Sunday Times bestseller.

Mark Dawson is the bestselling author of the Beatrix Rose, Isabella Rose and John Milton series, and has sold over 3 million books. He lives in Wiltshire, UK with his family.

The Cleaner is a John Milton #1 series book. Exciting. Speaking of John Milton. He's not the guy...

I thought this was a really good story. It started out with Milton, an assassin, killed who he...

This was a great book. I really liked John Milton. He was a great character. He belongs to the...

this book show intrigue since the beginning, just how every good mystery should begin. The chills...

Government hired assassins with a British background, and action packed storyline and characters,...

I love this! This reminds me of the Carter Blake series and this is the type of books I would...