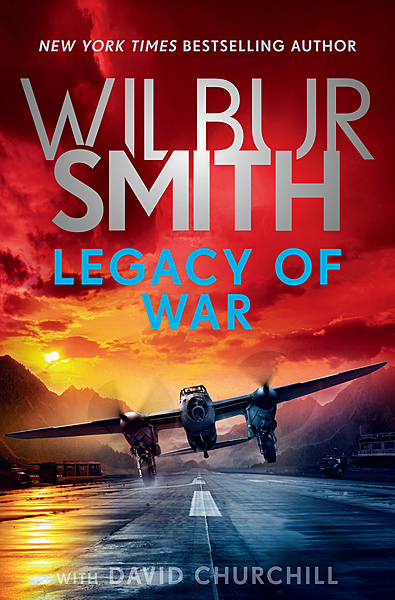 A nail-biting story of courage, bravery, rebellion and war from the master
of adventure fiction.

The war is over, Hitler is dead - and yet his evil legacy lives on.

Saffron Courtney and her beloved husband Gerhard only just survived the brutal conflict, but Gerhard's Nazi brother, Konrad, is still free and determined to regain power. As a dangerous game of cat-and-mouse develops, a plot against the couple begins to stir. One that will have ramifications throughout Europe. . .

Further afield in Kenya, the last outcrop of the colonial empire is feeling the stirrings of rebellion. As the situation becomes violent, and the Courtney family home is under threat, Leon Courtney finds himself caught between two powerful sides - and a battle for the freedom of a country.

Chapter 19 of the Courtney Saga

Here is the latest chapter in the saga of the Courtney family. World War II is over. Saffron and...

Another Intense Story in the Courtney Family saga...

If you've invested some time in reading Wilbur Smith's Courtney Family Novel Series then you...

Another Exciting story from the Courtney family!

Set shortly after the second World War, this is one action packed novel featuring Saffron...

History is the greatest

This is another book that sounds so interesting about war and Hitler and how things were in the...

This series is not for the light reader...

Author Wilbur Smith created a tremendous series and with this being #19 I am pretty proud of...

This looks like an awesome inclusion into the Courtney saga by Wilbur Smith. The Courtney books...