Scott Kelly is a former U.S. Navy fighter pilot, test pilot, and NASA astronaut. Kelly retired from the Navy at the rank of captain after twenty-five years of service. A veteran of four spaceflights, Kelly commanded the space shuttle Endeavour in 2007 and twice commanded the International Space Station. He has logged more than 520 days in space on four spaceflights and currently holds the records for total time in space and for single-mission endurance by a U.S. astronaut. Kelly spent 340 consecutive days in space, launching in March 2015 and returning home in March 2016. He currently resides in Houston, Texas. 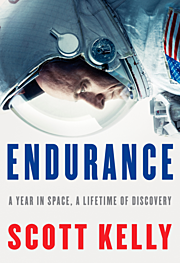