Sarah Stonich is the best-selling author of These Granite Islands (Minnesota, 2013), which has been translated into seven languages and shortlisted for France’s Grand Prix des Lectrices de Elle; the critically acclaimed novel The Ice Chorus; and a memoir, Shelter: Off the Grid in the Mostly Magnetic North (Minnesota, 2017). Her novel-in-stories, Vacationland (Minnesota, 2013), is the first volume in her Northern Trilogy, followed by Laurentian Divide. She has written the novels Fishing with RayAnne and Reeling under the pen name Ava Finch. The founder of WordStalkers.com, she lives on the Mississippi River in Minneapolis. 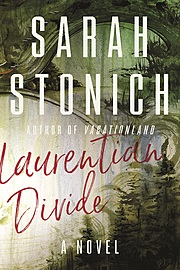