Award winning author Ralph Webster is the son and grandson of refugees, and their stories of sacrifice and courage have given him a deep respect for those forced to flee their homelands. Now retired, he lives with his wife, Ginger, on the Outer Banks of North Carolina. In addition to writing, he enjoys spending time with family, playing tennis, hiking, and traveling the world.

One More Moon is Ralph’s second book. His first, A Smile in One Eye: A Tear in the Other, tells the story of his father’s flight from the Holocaust and and received worldwide acclaim when it was voted by readers as a Goodreads 2016 Choice Awards Nominee for Best Memoir/Autobiography. 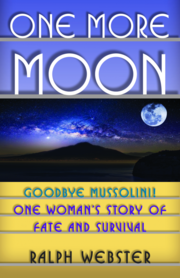