Paul Pringle is a Los Angeles Times reporter who specializes in investigating corruption. In 2019, he and two colleagues won the Pulitzer Prize in Investigative Reporting for their work uncovering the widespread sexual abuse by Dr. George Tyndall at the University of Southern California, an inquiry that grew out of their reporting the year before on Dr. Carmen Puliafito, dean of USC’s medical school. Pringle was a Pulitzer Prize finalist in 2009 and a member of reporting teams that won Pulitzer Prizes in 2004 and 2011. Pringle won the George Polk Award in 2008, the same year the Society of Professional Journalists of Greater Los Angeles honored him as a distinguished journalist. Along with several colleagues, he shared in Harvard University’s 2011 Worth Bingham Prize for Investigative Reporting. Pringle and a Times colleague won the California Newspaper Publishers Association’s Freedom of Information Award in 2014 and the University of Florida’s Joseph L. Brechner Freedom of Information Award in 2015. Pringle lives in Glendale, California. 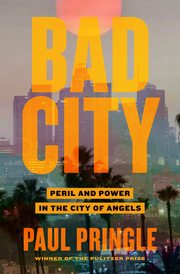