Mark Salter grew up in Western New York. He graduated from Canisius College where he played college football and was later inducted into the Canisius College Sports Hall of Fame. He was signed by an NFL team, but didn’t make the final roster. He received his Master’s degree from Carnegie Mellon University. Mark lives with his family in Jupiter, Florida.

Books from Mark A. Salter 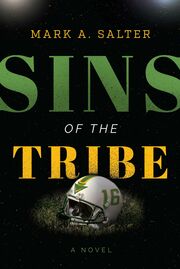 Sins of the Tribe