Joshua Fields Millburn and Ryan Nicodemus, known to their audience as The Minimalists, help more than 20 million people live meaningful lives with less through their website, books, podcast, and films. They have been featured in The New York Times, The New Yorker, The Wall Street Journal, and Time magazine, and they have spoken at Harvard, Apple, and Google. The Minimalists Podcast is often the #1 health podcast on Apple Podcasts, and their documentary, Minimalism, was released by Netflix. Both raised in Dayton, Ohio, they currently live in Los Angeles. 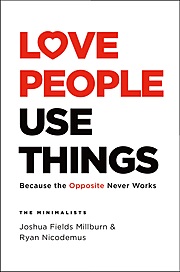 Because the Opposite Never Works